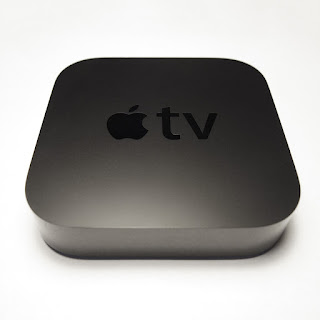 For a select group of people, the Apple TV streaming device is second to none. There are people who just do like the device based on how it works and the more premium feel it offers. And there are those who are diehard Apple fans that just want another Apple logo in their possession. Whatever the reason, the Apple TV has never found a massive fan base to the same degree that its competition has. The Apple TV starts at $149, has a rechargeable remote with a touchpad, Siri integration, and TV controls, and has starts at a sizable 32GB of storage with a nice clean interface. The problem is, the competition is either far cheaper, or more versatile. The average consumer can pay $50 for a Fire or Roku Stick and get much of the above features, albeit with far less storage and a cheaper remote. On the high end, the Nvidia Shield starts at $149, can view and run its own Plex Media Server, and offer powerful 4K image processing.
The Apple TV suffers similar perception issues other Apple devices share, like the price being higher than some of the competition. I will note that although I am not personally a fan of the Apple TV remote and how it feels in the hand, it is really nice hardware. The Apple TV interface is very smooth and the apps all have a thought-out similar experience to them. The problem is many people just use their expensive smart TV for streaming, and won't see the value in spending money for the nicer designs from Cupertino. Frankly, I don't, which is why if Apple TV wants to continue to produce Apple TV devices, they need to make a few decisions in line with both their competition and what Apple already does across its product line.

And if the word cheaper is relatively speaking in relation to Apple, fine. Knocking at least $50 off the price will certainly help get more customers on the Apple TV, even if that device is slower. Plus, that $149 price tag is just for the 32GB 1080p model. You have to pay $179 for the 4K model. Yikes.
The biggest issue with the $149 price tag is that the Apple TV doesn't do anything unique compared to the competition. It has an A10X SOC, the same one used in the 2017 iPhones and iPads. 2017 is also the year the Apple TV was last updated, which isn't inspiring for possible buyers.

Roku is the best selling streaming device, and the wide variety of devices they sell very much help that. They have small devices aimed to have the lowest price, they have sticks that hide behind the TV, they have more expensive models for power users, they have sound bars for people who just want a basic audio upgrade, and they license their software to TV manufacturers. There's something for everyone at Roku.
I'm not saying Apple needs to get into the business of making the cheapest possible version of the Apple TV, but a little more variety wouldn't hurt. There's a ton of people who wall mount their television with no table underneath it, so the stick form factor is very appealing to them. Yes, you can get mounts for streaming boxes to hide behind the television, but that's even more expense on top of the $149 box when you consider Amazon's Fire Stick 4K model is only $49.

Apple loves slapping the word Pro on their top-of-the-line models, whether or not they really deserve that distinction. So, why not do it with Apple TV? Make the stick form factor, then sell the current A10X at a reduced price, maybe even introduce an A14Z model, and then sell a Pro model with an M1 that has amazing performance.
Perhaps it can be the gaming model that Apple always intended the TV to be, maybe it can run a robust media server for the power users who want something simple. It'll at least grab some attention for the Apple TV.

Apple TV was one of the first streaming devices back in 2007. Originally an iTunes player for the TV, they soon branched out into adding more and more streaming services, and now has a full App Store. However, at every step, the Apple TV was always limited in some ridiculous way. The original box could only output at 480p and through HDMI or component cables, meaning most televisions at the time were not compatible. Then in 2010, they announced an HD version, that could only output to 720p. Then in 2012, an HD version, but still without the App Store. Until the 2015 model, apps were added whenever Apple could strike a deal with software companies, and the apps just appeared on the homepage, whether or not you wanted them.
I got my first Roku HD in 2011, and it had an app store, which Roku calls the channel store. It had a USB port to play content from a local device. And content was being added to the store often, so there was always something exciting to play. It inspired me to get the Roku 3 at the end of 2013. It was the high end Roku with a remote that featured a headphone jack and motion controls for games. It had a micro SD card slot for offline media. And it is still supported to this day with the latest Roku OS.
In the same timeframe before 2015, Google and Amazon also had their own app stores and unique features which left the Apple TV in the dust. Finally in 2015, Apple added many of the features that had been on rival platforms for years. By that point, I would argue Apple had lost the fight against its competitors. As Apple TV ramped up their streaming service TV+, it could be found on a wide variety of rival platforms. Even their screen mirroring software AirPlay, a former exclusive Apple TV feature, can be found on many other devices. So, what's the point in getting an Apple TV anymore? It doesn't do more for the price, and I would argue its software experience isn't that much better than the competition.

Apple has had a few issues over the past several years in keeping their products up-to-date, and I'd even argue the same goes for iPhone and iPad. Prior to the M1, several Macs would see updates every two to four years, it took iOS several versions to get on Android's level of features, and the iPhone, iPad, and Apple Watch designs barely change for years. The same goes for the Apple TV. It just makes it difficult to recommend when updates happen so infrequently.
So, if Apple is really serious about Apple TV, I believe a wider variety of price points, form factors, and unique features would go a long way in improving their market share.