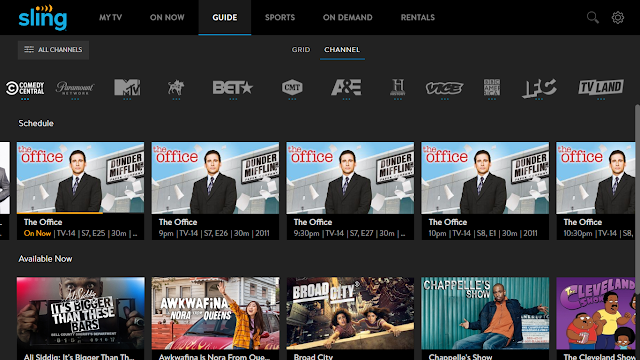 I'm fascinated with media in general, but I'm especially fascinated with ViacomCBS. It's difficult for me to explain, I just find their history and where they are now to be interesting. In the '90s and 2000s, the Viacom channel lineup was filled with niche programming that was very successful at reaching a large young audience. Now that same niche programming that once lit the world on fire is stuck on cable, a world where the coveted 18-49 demographic isn't overwhelmingly watching and the buzz is simply not there. Other conglomerates have made quick moves to combat streaming, and while ViacomCBS is not only taking its time with developing its in-house solution, it's creating deals with its existing and future content with competing streaming services. There's ViacomCBS content across the board on Netflix, Hulu, HBO Max, Peacock, and everyone's favorite, Quibi. Plus content on CBS All Access, which has a rebrand coming soon.

ViacomCBS is also attempting to strengthen their brands by presenting a clear vision for what the consumer can expect. MTV is all about unscripted reality shows, no shock there. Nickelodeon is for kids, Paramount Network is positioning itself as a premium entertainment brand. The rest of their brands make sense. Comedy Central, on the other hand, is making a move to movies, topical talk shows, and the surprising pivot to adult-oriented animation. Seeking to use the never-ending success of South Park, Comedy Central picked up reboots of Beavis and Butthead, Ren and Stimpy, and is doing a spinoff of a spinoff Jodie. The new programming makes sense, but with some of the recent cancellations of some very popular shows, it really makes me question the strategy.

Comedy Central over the years has been a hub for comedy fans with a wide range of content. Prior to South Park, the fledgling channel aired movies, stand-up specials, talk shows, a game show, and the occasional animated program, one of their early hits Dr. Katz: Professional Therapist. Once South Park aired and became a hit, the channel was able to gain traction and became a top channel. While they had some animated shows, the channel was well known for its popular stand-up specials, sketch comedy like the massive Chappelle's Show, which still reruns to this day, and of course its late night programs The Daily Show, and The Colbert Report. With the exception of South Park, there's really no concrete evidence that animation overall was a strong category throughout the decades. If you look at ratings of recent new animated shows on the channel, they were no stronger than the recent new live-action programs.

Yet, when I first heard that Comedy Central was repositioning its programming toward adult animation, I assumed it would model what they've done with Paramount Network. While new programs being added are scripted premium series, like Yellowstone, its existing reality shows like Bar Rescue and Ink Master will play out until they run their course. After all, those existing shows are established and continue to bring in good viewership.

This is seemingly not the case. It was announced a number of Comedy Central live-action shows will either be cancelled or move to another channel or streaming service. A few made sense, like South Side, The Other Two, and Alternatino, only because they're new and not especially highly viewed. But Tosh.0 and Drunk History, two shows that not only bring in high viewership for the channel, but in the case of Drunk History, won Emmy awards, came to me as a shock.

I can only assume the reasoning for Drunk History's cancellation, and Tosh0's eventual relocation is financial. Deadline reported the cost of producing period-accurate Drunk History scenes may have been too much, and I can assume the longevity of Tosh.0 became too costly to continue on Comedy Central. However, this does question where this leaves the rest of the live-action shows, now only Crank Yankers and Comedy Central's only new hit Awkwafina is Nora from Queens. Will stand-up comedy, especially the popular Roast specials, still have a future on the channel? Considering the expansion of The Daily Show, will it fit with the new direction of the channel? What about the marathons of The Office and ViacomCBS's deal to air Seinfeld reruns? And if Tosh.0 is ripe for a relocation, with Comedy Central Productions seeking to produce shows outside the channel, what will be seen as something necessary for linear cable, or a streaming service?

My point is I just don't see the reasoning behind shifting development to animated programs. While the programs being developed certainly have potential for high viewership, I just don't understand choosing animation over the genres that have defined Comedy Central. I suppose if the live-action scripted and talk show programs had been successful, this change wouldn't need to take place. Animation could just be cheaper to produce than live-action so that's the priority, while something live-action or a stand-up special could still show up. Either way, we're in a strange time in media, where everyone's just trying to be the next Netflix and survive. Especially linear cable, and ViacomCBS is trying its best to please both cable operators who don't like streaming, and consumers who just want access to everything whenever they want it.

While ViacomCBS is still doing financially well, they have a rough road ahead of them, and I'm looking forward to seeing how they and the rest of the industry will all play out.